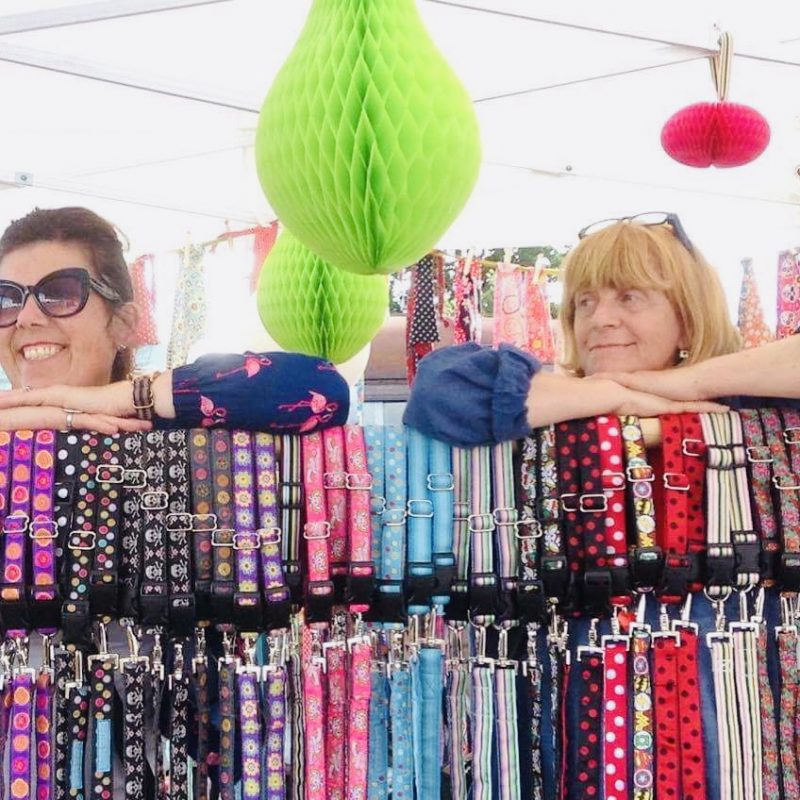 As I’d had another invite to a local fair recently, I thought I’d share the fun we used to have out and about with the Scrufts Roadshows back in the early days when I was young (ha!  well, when I was in my fifties!) and had energy ….. my answer these days when I get an invite is thank you, but no thank you as I’m too old and grumpy!

Back in the day, the Country Living Fairs were the  absolute zenith.  Would my application be accepted ?  Oh, the anticipation of the exposure that would bring.  Eventually, they said yes and so the number one priority was getting the dogs looked after for the five days I’d be away, then it was making enough stock to last and who knew how much would indeed be enough and how do I dress my stand ?  There’d be nothing worse than an understocked and uninspiring space, but luckily I had a couple of helpers who sewed the days away until we had ‘enough’ and I own enough dog ephemera to make a stand looking interesting !  Now the Country Lining Fair is held in the Business Design Centre in Islington which is a wonder of Victorian architecture and was saved from demolition in the early 1980’s, so I was very happy to spend time there gazing at the fabulous ironwork and glass.

Long, very long, days being front facing with customers was a skill I had to learn and on the whole it was fun and I still have customers now from those events which is rather nice isn’t it.  You also make friends of the stallholders around you, watching their goodies whilst they went off to get a drink or visit the loo.  But, boy, by 6pm I was done so I scurried ‘home’ to a friend in Tooting who always kindly put me up.  Day two was always interesting as that was the day you’d start planning your escape on Sunday lunchtime.  How to pack, would I get a trolley or a helper and I was desperate to get home to see the dogs and real, actual daylight !  I think I did about four years with CL but then it all got a bit too much and too expensive.  If you’ve ever wondered how much a space there costs, well you can kiss goodbye to a few thousand quid and no doubt it’s even more now.

My favourite fair ?  Well, of course, it has to be the Barnes Fair in London.  Beautifully curated on the Green, it was always full of quirky stalls, fruit, veg, vintage and an actual steam fair.  The first year it rained, but that was OK, but for the next six it was brilliant blue skies all the way.  If you’re in that neck of 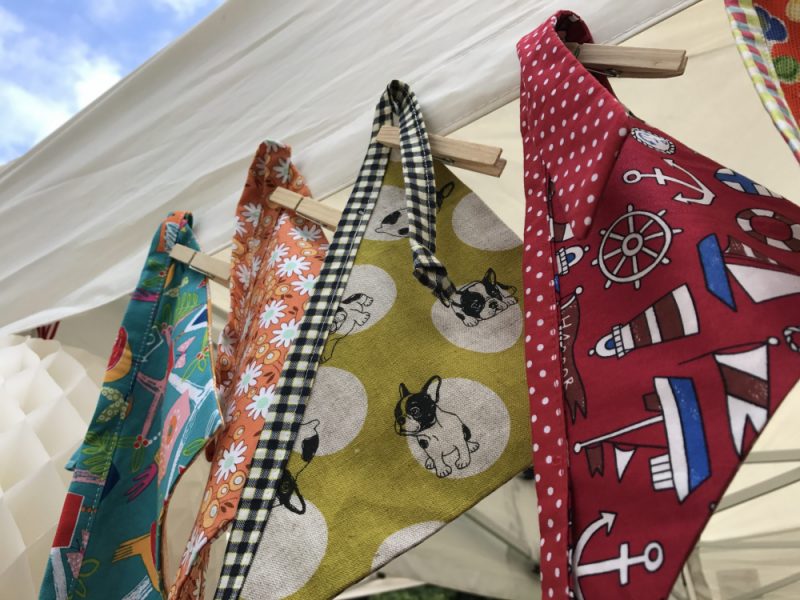 then head over as it’s on the 9th July 2022 after a two year absence and you’ll have a great day of noodling and nosing.  You can also do a bit of star spotting as few A listers live that way.

There are many, many more which were good, bad, indifferent, damp. snowy, tropical and the ones where little old ladies thought I was selling belts … yes, actually.  Belts …. ah well, perhaps that’s an avenue I should have explored !  But these days I’m more than happy to stay home and sew.

Hi, my name is Joy and I started making dog collars back in 2008 when I went shopping for new collars and leads for my two Sussex Spaniels and was really disappointed at what was on offer. A year of general head scratching and sampling fabrics and clips and other bits and bobs and, shazam, Scrufts was born.

This site uses Akismet to reduce spam. Learn how your comment data is processed.

Hey There! Just so you know, you can get 10% OFF your first order.

Use Coupon code firstorder during checkout.